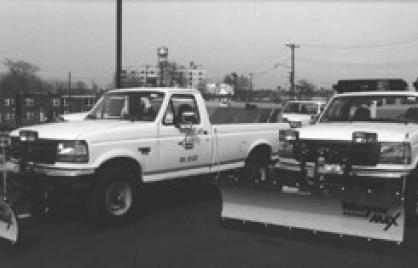 This weather forecast makes children think of "no school," motorists think of "bad roads," and DC officials think of "mobilization" to clear the city streets as soon as possible.

The District's planning for the winter has been underway since spring. In fact, the plan - DC Snow 2001 - has several major new elements that significantly increase the city's snow clearing capabilities for residents, businesses, and visitors.

While implementation is always affected by the severity, length, and number of storms, the city is committed to faster completion of plowing of major roads, quicker cleaning of residential streets, earlier resumption of trash pickup, more rapid return of normal bus routes, and manual clearing of pedestrian-intensive areas. In general, the main roads - both residential and commercial - are cleared first in order to open or keep open at least one lane of traffic. The "problem" residential areas - shaded, narrow or steep - are cleared next and then the remaining residential streets.DC Snow 2001

How does the DC Snow Team respond to a storm? Click here to visit the Snow Chart to find out what you can expect.